The Allotments in Whittlesford are situated on the corner of Middlemoor road and to the rear of the houses on Newton road. They are administered by the Parish Council, and overseen by a sub committee who are as follow :

Marie Swann – The Parish Clerk and a resident of Newton Rd, therefore a frequent visitor to the allotments. Should you be interested in having an allotment. please email me at :
">

Jan Holmes – Jan generally pops down to the allotments whilst walking her dog.

Will Thomas – Will is also a local resident to the allotments. 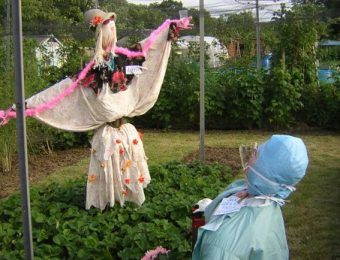 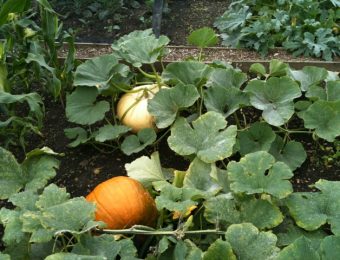 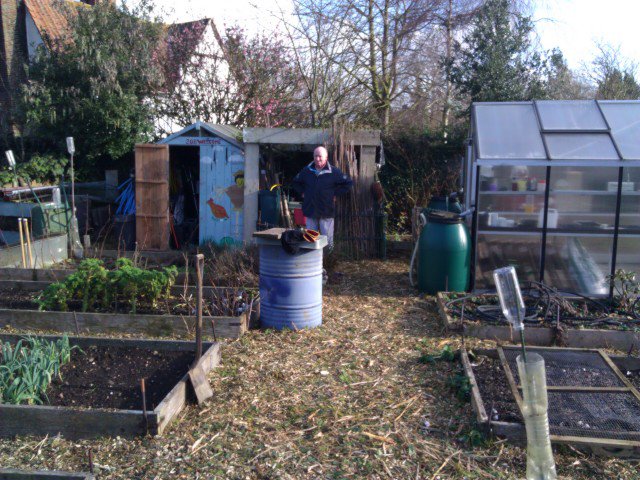 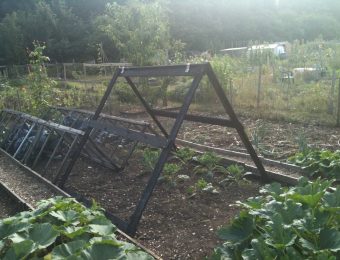 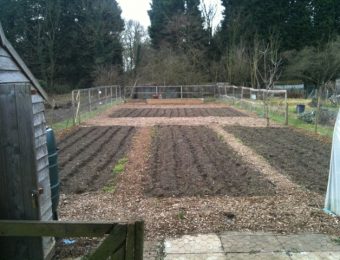 A rather fresh and crisp Sunday December morning…. a sub committee of the parish council – Peter Topping, Ann Beeby and Marie Swann planted the first of 9 fruit trees, using a small allotment plot as a pilot project for a Community Orchard. The trees a mixture of Apple, Pear, Cherry, Plum and greengage were planted, the trees soon established and by the Spring of 2012 they were thriving. 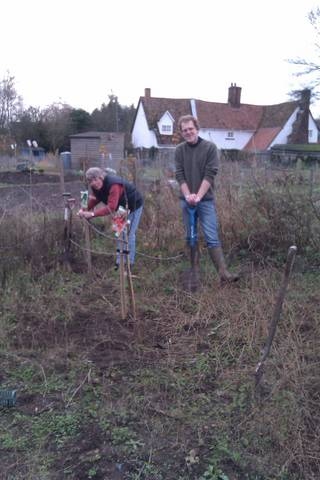 Our Community Orchard began to take shape, it was basic, but we had taken the first steps to a whole new adventure. The parish Council began to look into grants that were available for funding our project.

As we reached the Summer of 2012, sadly we learnt that Fred Winter had passed away. Fred being a life long resident of Newton Road, and someone who had put his whole life into gardening and growing his own fruit and veg, it became apparant to us that with Fred no longer here, his own allotment plots would be up for allocation. With this in mind, we had the idea of using some of Freds allotment for our community orchard, it came with 2 major advantages, the first being it was bigger, and after slight critism of planting 9 trees on a small plot, we needed more space and the second was that there were many mature fruit trees already there.Fred and his Father had put a lifetime into their allotments, with a collection of many sheds, greenhouses and outbuildings erected over the years. This now became a challenging project for the Parish Council, a project that was none too easy to have to demolish old sheds that indeed told a story of two generations.

The sheds were so old , many were made from Asbestos, so it was the responsibility of the Parish Council to get to work on this major task. 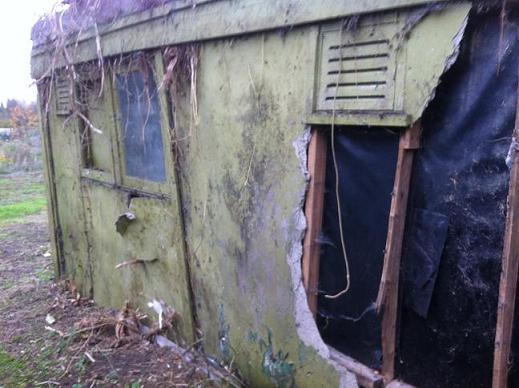 The Parish Council obtained quotes from local businesses, and they chose to go with its local demolition company of Butler Brothers, who had previously done a similar job for the Parish Council some years previous. It was important that the job was carried out safely, especially where asbestos was involved.

This was a big task for us, but Butler Brothers soon started work, we had a few hiccups along the way, but nothing major that we hadn’t already predicted, despite the winter approaching and the weather being against us, work was complete by December. 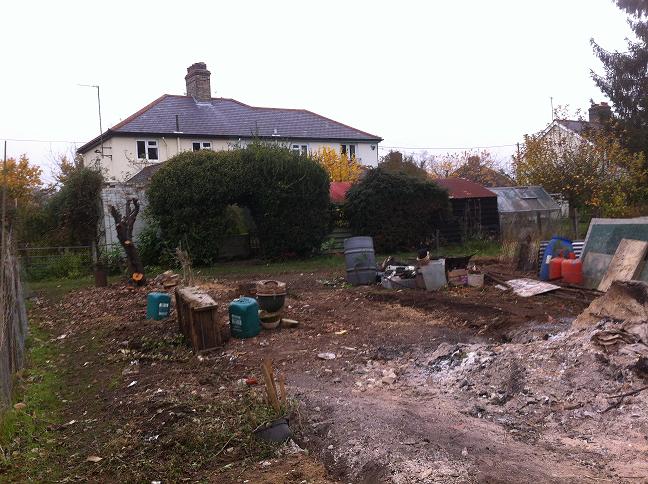 Our next task was to prepare the ground ready to transplant the original 9 fruit trees to the new plot, we were now well into December 2012, we decided to wait until Spring of 2013, we did not want to risk moving the trees with the possible risk of frost throughout December & January.

Spring arrived …. and work continued on the older mature trees which were in serious need of being pruned,and to prepare the ground ready to transplant before our small fruit trees began to bud.

All the trees survived the upheaval of being transplanted ….. next step is to erect a boundary around the orchard. First blossom of the year ……. a very good sign ! After the blossom, came the very first fruit! Not much, but enough to know that the project has been a success. As we reach September 2013, we hope to grass seed the orchard.

Over the past year we have been focused on getting the community orchard in shape, and we, (the parish counci ) would like to thank Cary Boyce, who has taken over the role of many jobs that Fred did for many years, one of which is to keep the grass cut along the track behind the houses, which is technically a public footpath.

As you can see… it is looking splendid! 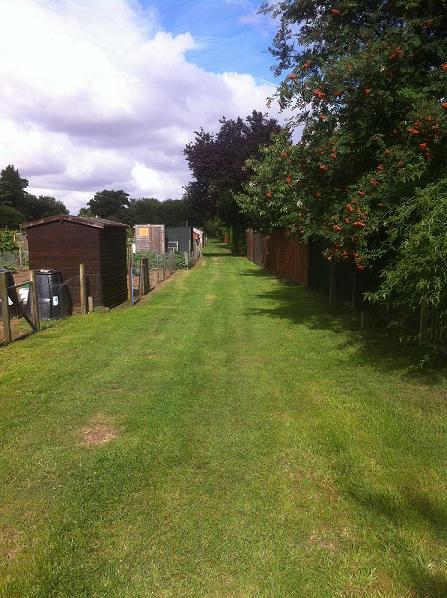 Last year we had the footbridge replaced… and very lovely it looks too! 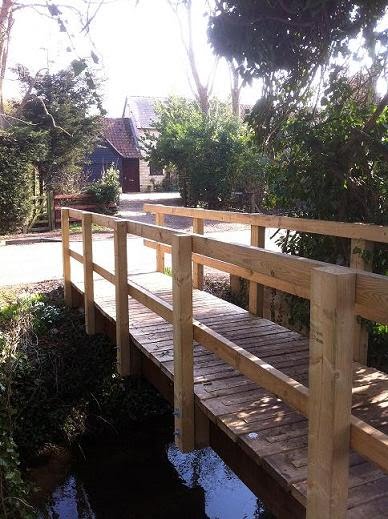 The footbridge connects the public footpath that runs along the allotments, and comes out next to Middlemoor Cottage. Restored brick work at the brook …. Brook Cottage (opposite) Really good to see the brook uncovered and clear of bramble, the brook runs along Middlemoor to the junction of Newton Rd, where every year you can guarantee someone will take the bend to fast and take out the barrier, so really good to see the highways arrive and firstly rebuild the brickwork of the wall, but not so sure about the concrete hump! Invalid or expired token.
We use cookies to ensure that we give you the best experience on our website. If you continue to use this site we will assume that you are happy with it.Ok
Scroll to top