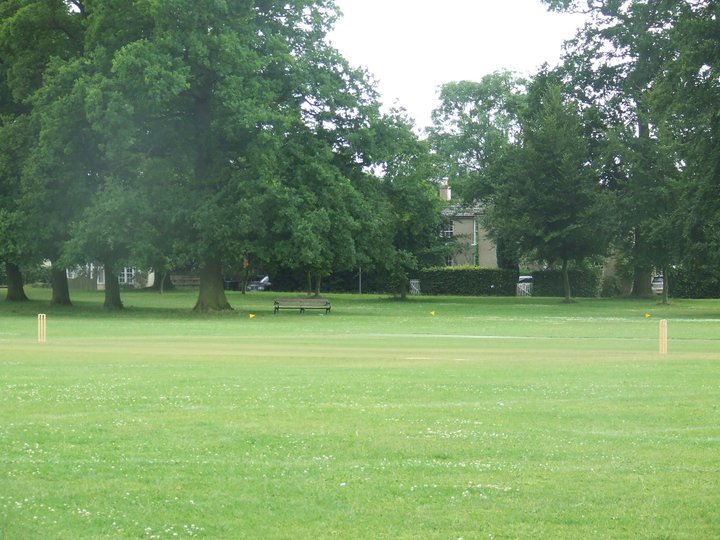 The Life and times of The Lawn – By Keith Strange.

Imagine, if you will, that it is a bright June morning in about 183C and you are standing at the junction of Mill Lane and the main turnpike from Duxford to Cambridge. The summer sun is warm and comfortable and, as you look North towards the village, your eyes cannot miss the plantation of trees, mainly Beech, that stand sentinel to the parkland spreading away before you. To your right, through the bright green foliage, you glimpse the magnificent red brick Georgian mansion known locally as the Manor or The Lodge.

Whilst the present Manor house is reasonably new, we should not forget that there has been a Manor house in Whittlesford since the late 140Q’s. It is recorded that the old moated Manor House, at the end of Church Lane, was, in 1514 so dilapidated that the incumbent at the time, one Robert Tilney. had it rebuilt and lived in it until his death in 1542.

By way of successive owners it was maintained and improved through to the eighteenth century where we find it, yet again, empty and run down. The date is now 1760, or thereabouts, and one Ebenezer Hollick has acquired the Whittlesford Manor Estate by foreclosing on a loan he had made to one Stephenson of Newton. In 1765 he further acquired the Manor House, the Mill and other land, but lived elsewhere. Having moved in but finding the old Moated Manor House decidedly uncomfortable and uneconomic, in 1785 Ebenezer Hollick caused the house to be demolished to make way for a new Manor House or Lodge he was to build.
On his death, in 1792, Ebenezer Hollick left the Estate to his nephew and namesake, again Ebenezer Hollick, whose first wife had also died in 1792. This new Squire, like his uncle, was very astute and managed to add a considerable amount to his property.

The new house was the grand Georgian mansion we see today, erected in 1830 to the South of the old moat (to the west end of what in 1999, is known as Butts Green.) Between the new Manor house and the Duxford turnpike, Ebenezer Hollick had a small park of grassland laid out and planted with groups of trees. He christened this area The “Lawn.”
Alas Ebenezer Hollick died in 1828 and his second wife died in 1832. Whilst the Estate was left to Miss Ann Blunket Hollick, their eldest daughter, the house continued to be occupied by their other daughter Caroline and her family. Moving on towards the House, we recall that, for many years, Caroline has been the Patron to the annual bazaar held for the benefit of the funds of the Independent Chapel. This Bazaar is a grand affair, occupying parts of the Manor House, much of the immediate garden and part of The Lawn. These Bazaars are certainly prestigious affairs attended by the incumbent family, their friends and certainly most of the inhabitants of Whittlesford.

If you need to get in touch with the Lawn Trust Management Committee, you can do so by contacting the Chairman: Dr Rob Mead at: