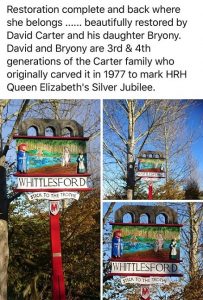 All villages and parish councils have been granted an extension to this application until 26th January, and Whittlesford Parish Council will be holding a public meeting regarding this application on Thursday 4th January at 7.30pm at the Memorial Hall.
Please do come along !

Massive Agri-tech Planning Application. As is highlighted under latest planning news on the Scambs.gov.ukweb site, “ Local people are being encouraged to have their say on plans for a new ‘AgriTech’ park near Hinxton” which will also have enormous impact on Duxford, Whittlesford and surrounding villages and especially all users of or accessing the A505. According to the recently-submitted planning application, the primary aim of the new facility would be to develop technologies which help farmers and the food chain improve their performance. Their proposal seekspermission for a new bespoke technology park containing up to 112,000 square metres of employment space, and the planning application states it will create up to 4,000 new jobs. The planned development is just over three times the size of nearby Babraham Research Park, which will be 33,000 square metres of employment space once a recently approved extension has been built.The Hinxton Agritech development is proposed on land to the east of the A1301, south of the A505 near Hinxton and west of the A1301, north of the A505 near Whittlesford and Duxford. To give some idea of its location and extent, this includes a large field at the Whittlesford/Pampisford corner of the A505 ‘Sawston roundabout’ and from the view of the motorist travelling from the roundabout’s diagonally opposite corner, (the Pampisford / Hinxton boundary) towards Saffron Walden and A14, A11 and M11 links, the site extends across all the land on the left hand side of that road, all the way to the vicinity of Hinxton village and to the extensive Genome Campus on the right hand side. South Cambridgeshire District Council has now launched a six week public consultation into SmithsonHill Limited’s plans –- deadline 4 January 2018 – this has now been extended to the 26th January.

Where are we at with the Neighbourhood Plan ?

Invalid or expired token.
We use cookies to ensure that we give you the best experience on our website. If you continue to use this site we will assume that you are happy with it.Ok
Scroll to top